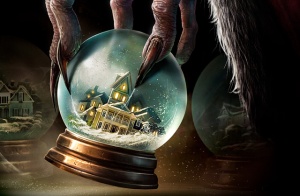 In a trailer I was not aware I was going to need to see, Legendary Pictures has released their first look at Michael Dougherty’s KRAMPUS. The new horror-comedy tells the story of a dysfunctional family who unleashes the demonic wrath of the ancient “Anti-Santa” in what looks like could be a surprising holiday release.

You can check out the much better than expected trailer below and see KRAMPUS in theaters this December 4th.